Self Defense Training For Women Staff of Taj Falaknuma Palace 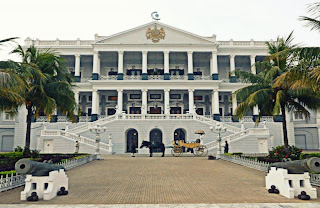 
Jukaado conducted a self defense training workshop for the women staff of Taj Falaknuma Palace Hotel. It was nice to see women ready to learn to defend themselves. They were eager to learn and some were over zealous but they were all having fun while they were learning and that is what matters. 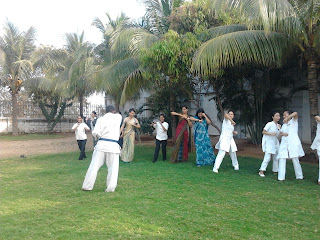 Learning how to strike with the elbow. 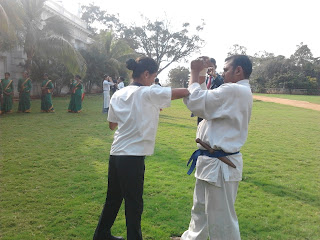 Practicing and striking with their elbow.

They received training in the simplest ways of counter attack with using the least amount of force or power. The focus was to teach them specific techniques using joint manipulation so that they could counter and defend themselves very easily. Emphasis was also given on improving their reflexes and to always block their body especially the face. They were taught a number of vital strikes like the elbow to the face etc which could be very helpful in close quarter defense situation. 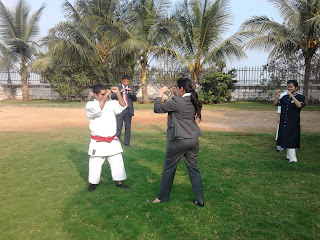 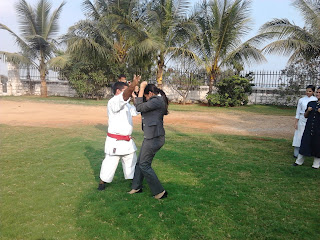 Defending a sudden attack to the head. 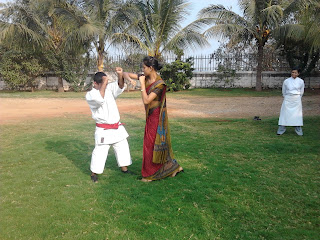 Striking the elbow while maintaining the other hand up to block.

So many people who provide self defense workshops expect the participants to be dressed only in track pants and a t-shirt. However we prefer to have the participants in whatever clothes they have to wear at work as in a real life situation that is what they would be wearing while they head to or back from work. So they should be comfortable in defending themselves in those clothes itself. 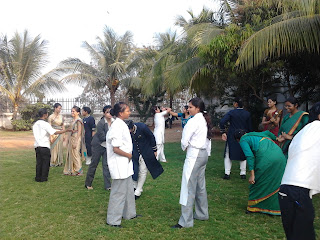 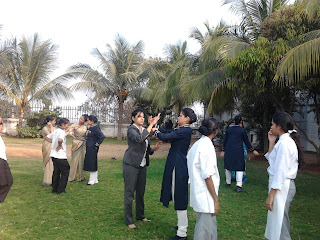 Practicing how to arm lock a slap to the face. 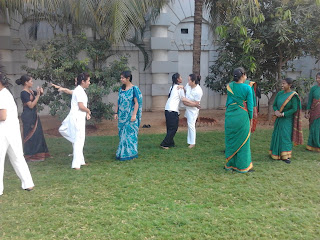 Striking the knee to the ribcage.

The participants were taught how to counter numerous forms of holds, grabs, hair pull, knife strike and various other forms of attacks. We hope that all the participants continue to practice and improve in their skill in self defense. Those who have any doubts or would like to continue their training further can always contact us and train at our class.

We also warned them of the wrong knowledge that some instructors with no realistic tactical or unarmed combat training go about teaching as self defense. For e.g.- Using a Chunni / dupatta as a weapon to choke the attacker. Well it is a good idea but realistically it will make the lady an easier target. If the attacker is a male and if the lady tries to choke the heavier male he could easily pull the lady as the lady is herself putting her hand forward wrapped in a long cloth like the dupatta. Yes if one has trained in martial arts for a few years and practices to use the Dupatta as a weapon it could be useful. However when you are training women in self defense within a short period of time to teach something like this is very wrong.

I hope that people who are looking to train do find an instructor or class that trains in unarmed combat for only then will they learn realistic and practical self defense.


Posted by Farzaan Merchant at 8:47 AM